The first time I saw beer in a wine bottle, I was surprised. I grew up in Texas, and even though we're known for liking things big, when I first started drinking beer all those years ago things seldom got bigger than a 40 oz. bottle of malt liquor.

Nowadays, though, a 750 ml bottle of wine is fairly common. So when I saw this bottle of Artigianale Italian Red Ale back at the start of summer, I wasn't surprised, but I do recall noting the low price. It was probably around $3 or $4 at my local Spec's Liquor Store in NW Houston. It's been sitting in my refrigerator ever since, waiting for the night when I would finally pop the top and see what's brewing in Italy. 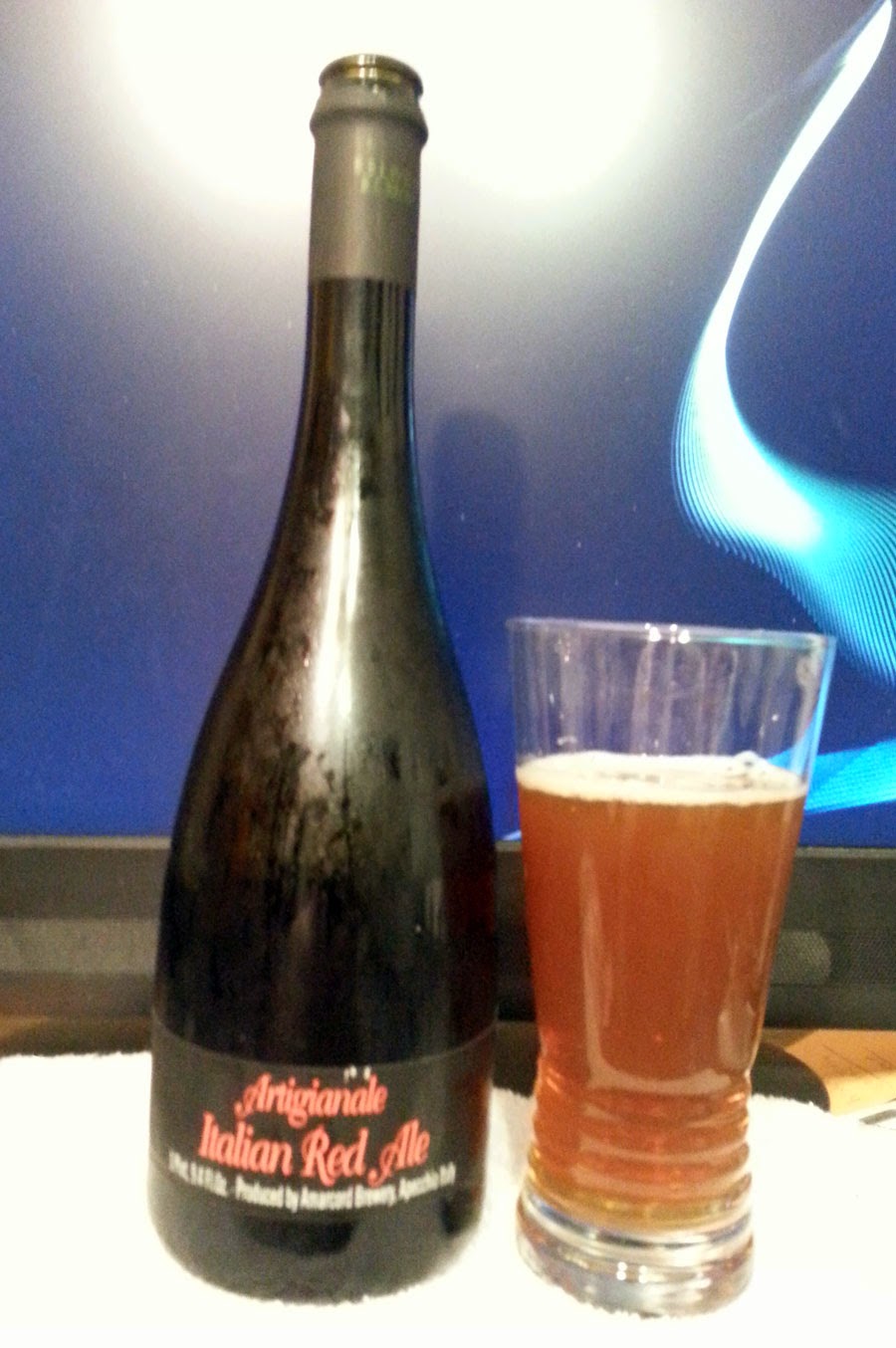 I think I'll stick to their wine.

This is not a horrible beer, but it's not that great, either. The aroma has a little fruit and yeast and maybe a hint of aromatic mountain hops. But not much else. It pours a very hazy copper brown and a moderate pour delivered almost no head. An aggressive pour finally got a 2-finger head that dissipated quickly to a thin ring that deposited more lace than I expected.

My first sips of cold beer were very off-putting. I was not impressed. However, as it warmed up to 48 degrees, the unpleasant bitterness went away (BTW: It is important to note that the bitterness was probably alcohol and not hops -- as I said, this is not a hoppy beer).  The warmer it got, the more nuance I detected, so I actually set it aside and took a break to let it warm up over 50 degrees to see if it would come alive and exceed my already low expectations.

It turns out that 55 degrees is the sweet spot for this beer. And how sweet it is. More nuanced flavors did come to the forefront as the beer warmed up, but it also awoke the sugars and a taste of yeasty caramel. The bitterness retreated and a strong sweetness came forth. It's not bad -- not like some of the overly spiced holiday beers I sometimes encounter -- but it is sweet without relying on malt. So, if you like sweeter beers but don't like malt, this might be something you'll like.

The sweetness did serve to hide the 7.8% ABV alcohol taste that was present at the lower temperatures, but it really wasn't enough to compensate for what was -- in general -- an unremarkable import.